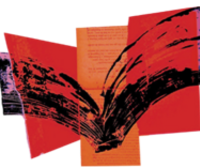 Basu examines the true life case of George Edalji, a socially awkward barrister, the son of the first Indian citizen to have parish in England, who was improbably convicted for mutilating horses and sending threatening letters to the vicarage. A fan of Sherlock Holmes, he succeeds in enlisting the help of Arthur Conan Doyle in clearing his name. 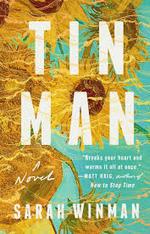 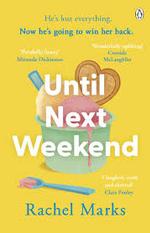 ​Rachel Marks: Until Next Weekend

This is a fascinating biography of the acclaimed 19th century French animal painter, most famous for The Horse Fair and Ploughing in the Nivernais.  Everything about Bonheur was unconventional; her education, her success in a male profession and her lifestyle, as she famously kept lions and monkeys in the chateau in Fontainebleau she shared with a female inventor who looked after her as a wife.

Shrabani Basu: The Mystery of the Parsee Lawyer

There is no charge for these talks, in keeping with our ethos of offering a free literary festival.  If you would like to offer Festilitt much needed financial support, click here to see how you can become a friend or patron.  Thank you! 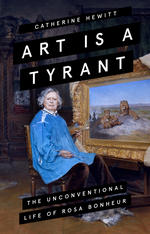 ​The moment Louis XIV began to entertain at Versailles, English people were among the most favoured visitors. They particularly admired the gardens, the Galerie des Glaces and the spectacles of mass in the royal chapel and the royal family eating dinner. The influence of Versailles transformed English architecture, furniture and fashions. The last court ball at Versailles was given by Napoleon III in honour of Queen Victoria in 1855. Afterwards she wrote: ‘The union of the two countries and of the two sovereigns is of the greatest importance…May this happy union ever continue for the benefit of the world!’

Marks' second novel is a sensitive exploration of the challenges of blended families and jealousy. Primary school teacher Noah is struggling with divorce, being a weekend dad and witnessing another man's influence over his two young sons.  He's on a downward spiral until one voice shakes him up to turn his life around. 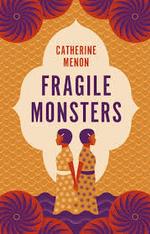 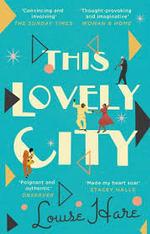 The best-selling author of The Unlikely Pilgrimage of Harold Fry brings us this wonderful story of a straight-laced school teacher escaping the drudgery of post-war London for an expedition to the other side of the world.  She sallies forth with a most unlikely companion, the fun-loving, trouble-attracting Enid, in search of a beetle she has been obsessed with since childhood but that may not even exist. 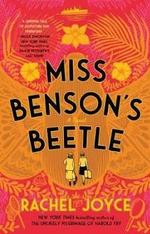 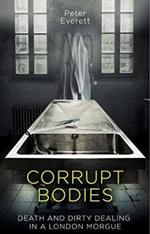 In April 2020, during the first Covid lockdown, Festilitt launched a programme of  online talks to help ease the social isolation. We're back again with a wide range of fiction and non-fiction authors to entertain and enlighten and provide a much-needed boost to our spirits through this testing time.

Join us every Friday at 18h00 French time for an hour of book-lovers' delight.

Back due to popular demand - LockdownLit: a series of free weekly talks with authors on Zoom

Sarah Winman's unputdownable Costa-shortlisted novel, Tin Man, is set in Oxford and Provence.  It is a beautifully evocative of both places, the book it is a tenderly written tale of love and loss, following Ellis and Michael, inseparable friends since the age of 12, and, a decade or so later, the entry of Ellis' wife, Annie, into this friendship.

Hare's debut novel tells the story of Lawrie, a young man arriving from Jamaica on the Empire Windrush, and Evie, a young mixed race woman born and brought up by her single white mother in Brixton.  They fall in love, but when Lawrie makes a shocking discovery on Clapham Common their lives take a very unexpected turn.

The tense and secret-ridden relationship between Durga and her severe grandmother lies at the heart of this novel, set in rural Malaysia.  Stuck together in the rising heat, the two set about untangling the truth from the myths of the family's history from 1920 to the present day, against the backdrop of fallen empires and natural disasters. 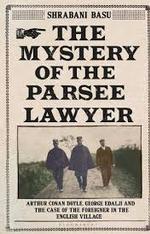 ​Inspired by a true story, and spanning two decades that change the country for ever, Frances Quinn's debut novel follows the adventures of Nat Davey who, in 1625 was hidden in a pie that was given as a present to the new queen of England.

The Smallest Man is a heartwarming tale about being different, but not letting it hold you back. About being brave enough to take a chance, even if the odds aren’t good. And about how, when everything else is falling apart, true friendship holds people together. 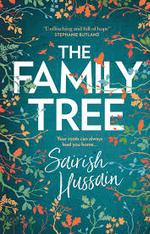 Hussain's debut novel is a heart-warming, multi-generational story of a British-Muslim family brimming with resilience, love and hope in the face of tragedy.  It gives us an authentic portrait of a normal family, centring on the relationship between a widowed father and his two daughters over a quarter of a century from 1993 onwards.

Peter offers us a gripping insight into the workings of the UK's busiest murder mortuary in the pre-DNA/pre-profiling mid-1980s. He was thrilled to be made Superintendent of Southwark mortuary at just 35, but he had no idea he was stepping into a hotbed of corruption, where attendants stole from the dead, funeral homes paid bribes for preferential treatment and there was a lively trade in selling body parts.

If you have any questions or need help, email info@festilitt.com

Want to support us?